Corvus Callosum: Portland’s urban crows are an emblem of our city’s past 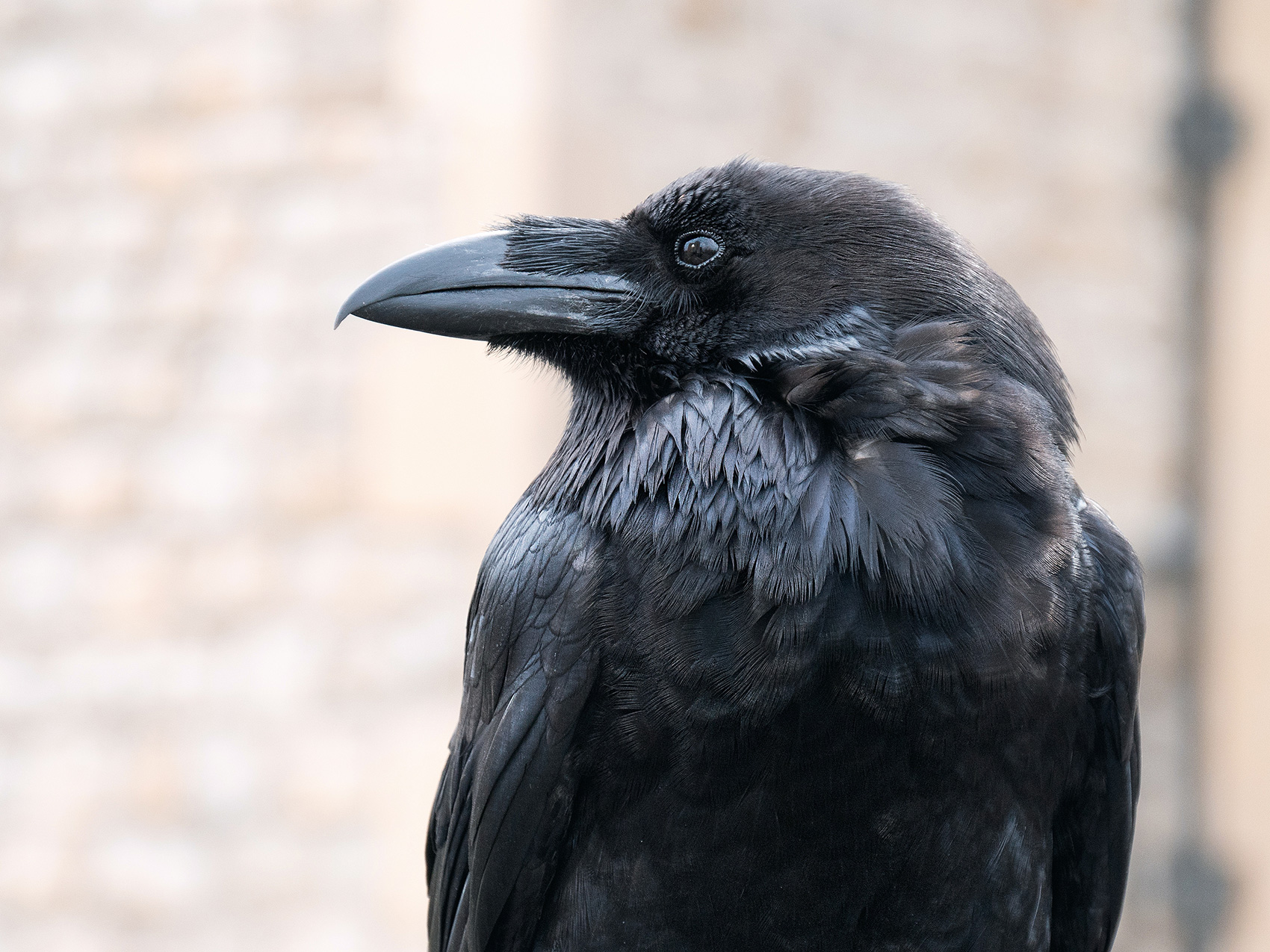 In the City of Bridges, we have kettles of red-tailed hawks nesting in office building fire escapes; we have swoops of Vaux’s swifts pulsing in and out of Chapman Elementary’s chimney; we have sieges of great blue heron, straight outta the Pleistocene to form rookeries at your friendly neighborhood golf course. But for my money, I’ll take Corvus brachyrhynchos, the American crow, in downtown murders numbering in the tens of thousands, startling awestruck tourists and generally sticking it to The Man.

Maybe it’s because I always identify with the weirdos and root for the rejects. Ornithologists, supposedly birds’ biggest fans, didn’t even pay much attention to crows until the late nineteenth century — around the time Portland really started booming as a Gilded-Age metropolis — dismissing them as too common to be of interest. Crows do have a historic tendency towards ubiquity, often setting up shop near humans. The cawing of crows is aural wallpaper in these parts, and I don’t think I’ve ever seen a fast food parking lot without at least one gleaming-black corvid hopping around, poking its bill into paper.

Early records that didn’t outright call them witches’ familiars were primarily complaints about crows stealing planted grain from fields, accusing them of ripping corn shoots right out of the ground in order to retrieve the kernel. Crows have never abandoned this habit, it seems, making them an unpopular visitor to suburban gardens (and making it nigh impossible for me to grow sunflowers, I’m sorry to say).

They’re often seen as an unwanted guest in our urban centers, too. According to the Portland Audubon Society, there are more American crows in Portland today than there were when Lewis and Clark blasted down the Columbia River more than 200 years ago. The crows come every year on the toes of winter, settling in the bare trees sheltered between downtown skyscrapers to enjoy a little urban heat island coziness and easy pickings from the food carts. Numbering upwards of 17,000 birds, our Portland murder is no trifling matter, but that hasn’t stopped City officials from trying anyway — they currently contract with actual hawks to harass the crows and chase them off. [Full disclosure: Integrated Avian Solutions founder Kort Clayton and I worked together back when we were both field biologists, and he is a very cordial and smart guy. He once remarked on my punctuality, and I really appreciated that.]

According to Celtic lore, on the contrary, the crow symbolized the Great Queen Morrigan, for whom the battlefield was her garden. Celts considered crows to be good omens, and areas frequented by the birds were deemed suitable sites for founding new cities. I don’t know if Asa Lovejoy or Francis Pettygrove subscribed to this philosophy, but the presence of crows might have struck a chord with our town’s other rightful founder: that wraith of Portland history, William P. Overton, a man whom 19th-century historian Joseph Gaston derided as “a mere bird of passage,” a figure who drifted out of town as mysteriously as he’d drifted in. Decidedly crow-like behavior, if you ask me.

To the Downtown Clean and Safe set, the crows are a menace. To me, they beautifully exemplify Old Portland — the gritty-yet-elegant Portland of yore when sailors and sawmill roughnecks enjoyed a Svensk Punsch and dainty lunch at Erickson’s Saloon. Crows are at once working-class and sophisticated; both resilient and brilliant. Crows are like winged Doc Martens: crass, loud, moshing through the air. Like Portland, they are an exemplary example of the interface between urban and wild.

I once saw a ghostly white crow fly across Stark Street and disappear into the dense tree canopy of Laurelhurst Park. I’ve watched a crow bathing in the hot smoke of a neighbor’s chimney to cleanse itself of mites and lice — just cooing and happily fluffing its feathers in air that would harm your lungs.

In American culture, awkward silences are punctuated with the chirping of crickets; in Japan and Korea, it is the hwah hwah of crows that mocks your embarrassment.

And what an apt animal to symbolize mockery — the clever corvid. Crows are thought to be about as smart as a seven year-old child, but in a way, that makes them legions beyond us in intelligence, seeing as their brains weigh only about 15 grams, compared to the ~1.3-kilogram weight of a seven year old’s brain. One of the smartest of all birds, they can create and use tools, but they’ve also demonstrated the ability to solve problems that they would never encounter in the wild; in other words, they can think on their feet. One study showed that it’s not just a strong survival instinct driving them to tool use — they seem to do it just for fun, as though turning a color-coded cube into a snack-grabbing device is the crow version of the New York Times crossword.

Crows are also loyal; whereas most bird species shoo their children from the nest nearly the moment the youngsters have grown their first adolescent flight feathers, crows maintain complex familial clans with sometimes five or six generations of siblings, all living and nesting together in the same territory. Northwestern crows also practice cooperative nesting, which, come on, is about as Portland as you can get. Older offspring help their parents rear younger siblings and assist with nest-building. Those helpers will later come to visit the hatchlings, but not to bring food — they do it just to fawn over their new baby brothers and sisters.

Crows have such indelible memories that they can even recognize human faces. Let that sink in for a moment: a crow can pick you out of a lineup.

Truly, pity the fool who crosses a crow, because they are especially talented at holding grudges. A friend of mine once found a dead crow on the side of the road, and being an animal samaritan, thought it too great an indignity to ignore. She tenderly moved the limp bird to a more noble resting spot beneath a camellia bush, and the crows perched overhead proceeded to lodge their protestations. Disturbing their fallen loved one had been a grave error on her part; for the following three days, when she walked down that street, the crows harassed her with impunity, diving toward her head and cawing their outrage. They remembered her.

Though they aren’t considered songbirds, crows make upwards of twenty different unique calls. They speak their own language, and American crows can recognize each other by their voices alone. Of all their utterances, my favorite by far is their clattering chitter, which sounds to me like the funky rattlesnake-clack of a vibraslap, heard in the opening of Joe Cocker’s “Feelin’ Alright.” I’m also partial to the velvet-gargling purr of crows wooing potential mates.

There was recently some news on reddit about a local woman who claimed to have amassed an army of crows through dedicated feeding. She noticed that they swarmed around when people came to her property, and was concerned that if they hurt someone defending her, she could be legally liable for damages. She then updated her story to report that her neighbors had taken up the mantle of keeping their neighborhood murder well-provisioned with high-quality snacks, and that the crows had possibly saved an elder neighbor’s life, alerting the entire neighborhood with their caws when the man took a spill on the February ice. Whether or not the story is true is moot; I choose to believe in a world in which crows may be sweetened through treats into doing my bidding.

I’m slowly befriending my neighborhood crows by tossing stale pumpkin muffins, cold scrambled eggs, and other scraps of uneaten brunch onto the roof of my garage. They grawgraw their appreciation, and I gently reply, hoping to train their feathery ears to my voice. One day, if my wish comes true, perhaps they’ll come to recognize my face, to see me as their Old Portland kin.